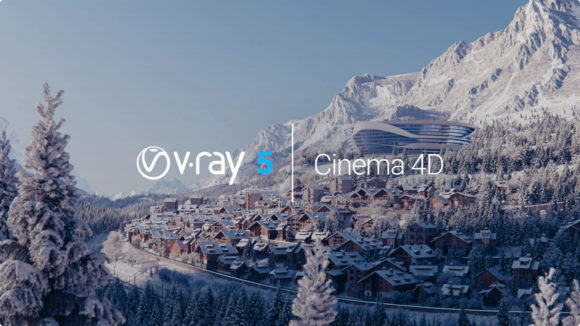 Great news for all V-Ray users — Chaos Group has just released V-Ray 5 for Cinema 4D. This first in-house developed version of their rendering plugin includes many new features from both V-Ray 5 and V-Ray Next, making this release essentially two upgrades of V-Ray for Cinema 4D in one.

V-Ray 5’s built-in compositing and interactive light mixing enable users to fine-tune and finish their renders without having to re-render or go to a separate app. For fast interactive rendering and final production rendering, V-Ray can render on GPUs, CPUs, or a combination of both. With V-Ray’s distributed rendering, users can render faster using multiple machines. Render jobs can also be sent directly to Chaos Cloud, Chaos Group’s cloud rendering service. Users can now take advantage of V-Ray tools that help them work smarter. This includes automatic camera exposure and white balance, instant AI-driven noise reduction, and much more.

V-Ray for Cinema 4D puts industry-standard technology for photorealistic 3D rendering into the hands of Cinema 4D artists and designers. With smart tools and powerful rendering capabilities, V-Ray’s combination of speed and creative control is perfect for any project.

With V-Ray’s complete set of lighting, shading, and award-winning rendering tools, you can bring any idea to life.

Built to handle it all

Built to handle your biggest projects, including scenes with massive amounts of geometry and thousands of lights.

Get the job done with ease

Artist-friendly tools and an intuitive interface help you work smarter, making it easy to get the job done.

V-Ray’s GPU and CPU rendering capabilities bring a speed boost to any production. With fast interactive rendering, you’ll see the changes to your scene rendered on the fly.

Harness the power of multiple computers to render high-resolution images with V-Ray’s distributed rendering. Or take your rendering to the cloud with direct access to Chaos Cloud.

V-Ray 5 is more than a renderer. Built-in compositing and interactive light mixing let you fine-tune and finish your renders in the V-Ray Frame Buffer without going to a separate app.

Take full advantage of your hardware. With V-Ray, you can render on GPUs, CPUs, or a combination of both.

Get a powerful speed boost with the GPU-accelerated performance of V-Ray GPU. Now even faster with an NVIDIA RTX card.

Create the look you want without the wait. Interactive rendering lets you see the changes to your scene rendered on the fly.

Easily harness the power of multiple machines working together to render images even faster.

Render stills and animations alike in the cloud, at the push of a button — now with full support for Chaos Cloud, our cloud rendering service.

Easily create layered materials with reflective coatings directly in the V-Ray Material. It’s faster to set up and renders more quickly than a blend material.

Easily create materials for fabrics like velvet, satin and silk with the new Sheen layer added to the V-Ray Material.

Take your automotive renders to the next level with a new car paint material that includes more realistic flakes and uses less memory.

Give surfaces a weathered look. With the improved V-Ray Dirt texture, you can add dirt to cracks and crevices, create procedural streaks, or cover an entire surface.

Capture the light of magic hour. The new Sun & Sky model is more accurate and looks better at sunrise and sunset, even as the sun dips below the horizon.

Add variety to your scenes by randomizing colors and textures with V-Ray MultiSub Texture.

Get access to a library of over 1,000 unbelievably real materials — a great asset to help you with your V-Ray visualizations.

For the ultimate control in compositing, you can create your own render passes with Light Path Expressions.

This initial implementation of out-of-core rendering can help you render scenes that are larger than the memory of your GPU. 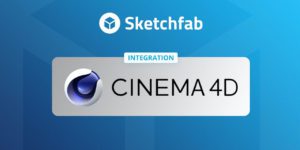 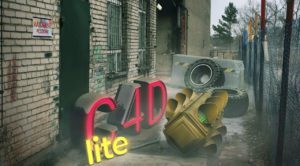 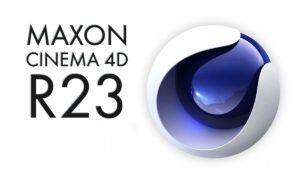