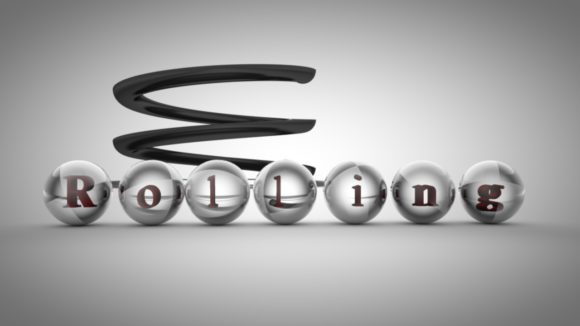 The key part of the intro scene are the stopping balls. The first part is simple dynamics, only when the balls reach the ground an Xpresso setup takes over.
For each ball there is one goal Null with an Xpresso tag. The Expression adjusts the direction of the movement towards the goal, starting the moment the distance of the ball to the ground is only slightly larger than the radius of the ball.
A range mapper node is used to change the influence on the velocity from simply directing the ball to stopping it. The stop is done by multiplying the current angular- and linear velocity with a value between 1 and 0 depending on the distance to the goal. Shortly before the goal the factor goes smoothly from 1 to 0, thereby stopping the sphere in a visualy nice way. A wind object is used to give a bit more randomness to the ball movements. After we found a motion that suited us we baked the dynamics. This made it easy to adjust the letters in the balls so they are correctly aligned in the end position. 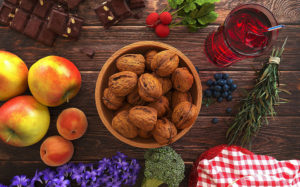 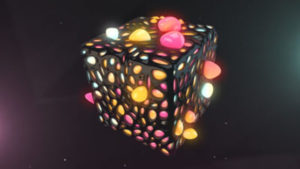 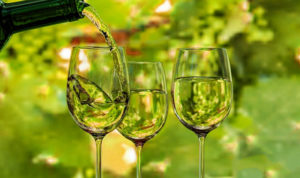